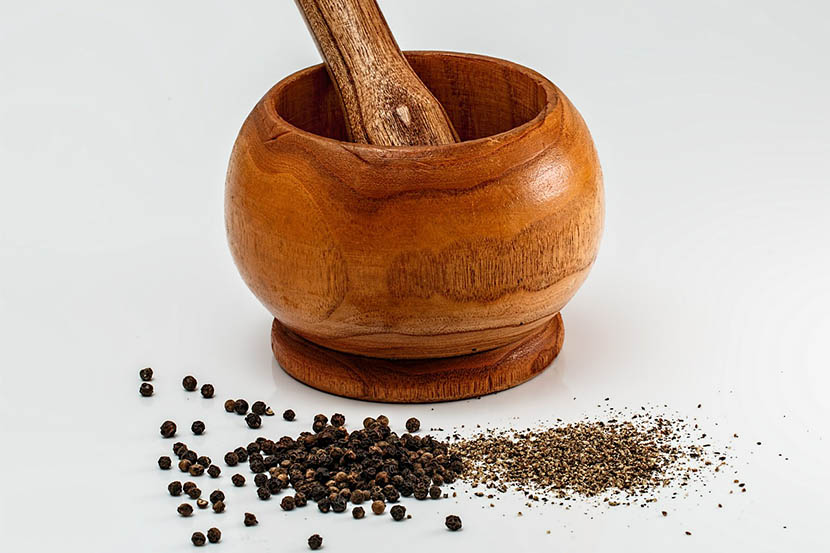 There is generally a wide variety of peppers in the vegetables section in your grocery store, and your dog might have a liking for some of them. But are they any good, and more importantly, are they harmful to dogs?

Can dogs eat peppers? The answer is yes, but there is a catch. While bell peppers are perfectly safe and almost healthy for your dog, you might actually want to slow down on black, white and red peppercorns when making their food.

In the real sense, dogs do not have a liking for anything peppery or hot, for that matter, and large amounts of hot peppers are likely to make your dog refrain from eating altogether. So, let’s see what different peppers actually do (or don’t) for your canine friend.

Pepper Varieties and Their Interaction With Dogs

Seeing as dogs are considered omnivorous, including certain vegetables in their diets actually goes a long way in helping them get a balanced diet which is necessary for heir ideal growth and development.

Bell peppers are considered healthy vegetables, not just for humans, but for dogs as well. There are varying varieties of the same, and the three main ones are red, green, orange and yellow.

Of the three varieties, red bell peppers are considered the most nutritious, and therefore, most healthy for your dog. When fed in the right quantities, your dog will benefit in a number of ways through multiple vitamins and minerals which include;

With these vitamins and beta carotenes, allowing your dog to have bell peppers every once in a while would actually do them a whole lot of good. So, how should you go about serving your dog bel peppers?

How to Serve Your Dog Bell Peppers

As with any other food substance under the sun, bell peppers could have a negative impact on your dog’s digestive system. If they have not had them before, proceed with moderation and look out for signs of gastrointestinal distress such as diarrhea and vomiting.

Ideally, larger dogs should not have anything more than half a medium sized bell pepper in one serving. On the other hand, smaller dogs should have just a quarter bell pepper per serving. In both instances, it is recommended that your remove the seeds and stems since they could result in indigestion.

Seeing as the skin can be a bit tough for the dogs to chew, you can steam and puree them so that they are easy to consume. However, be certain not to add salt since sodium is toxic to dogs. Also, keep away from such additives as onions, garlic, leeks and chives since they are highly toxic to dogs and could result in a bad reaction.

As an alternative, you can feed your dog red bell pepper chews that are dehydrated. These can be found in your local store, and if they are unavailable to you, you can actually make them in the oven or in a dehydrator if you have one.

What About black and Red Pepper Corns?

If you have shared your hot wings with your dog, or piece of spicy steak during a barbeque, it is unlikely that you have noticed any side effects on the dog at all. The truth is, dogs do not fancy the heat, and loads of pepper can be a bad irritant to its nose and to its stomach lining as well.

You may notice lots of sneezing after consuming food that has a large quantity of the same. Additionally, the GI tract may react in a bad way, resulting in diarrhea, vomiting and nausea. If you notice any of these signs after your dog has had spicy food, be certain to rush to the vet’s office for quick treatment. You might want to give them loads of water to aid in alleviating some of the symptoms.

Thankfully, a good number of dogs will stay away from spicy food due to the pungence in their aroma. They are naturally inclined to reject it, and it is, therefore, unlikely that your dog will take excessive amounts to the point of having an adverse reaction.

Even though dogs are facultative scavengers that tend to lean towards meats and other high protein foods, their physiology is made in such a way that they need to supplement their diet so that they can benefit from vegetative material as well.

Apart from fruit, vegetables make up a large portion of their diets, and bell peppers happen to be one of the best and easiest to serve. However, be careful not to let feed your dog excess, and if you can, stay away from spicy peppers all together. However, just a few bites of your wings or steak will not do any significant damage.

Read More on What Dogs Can Eat…