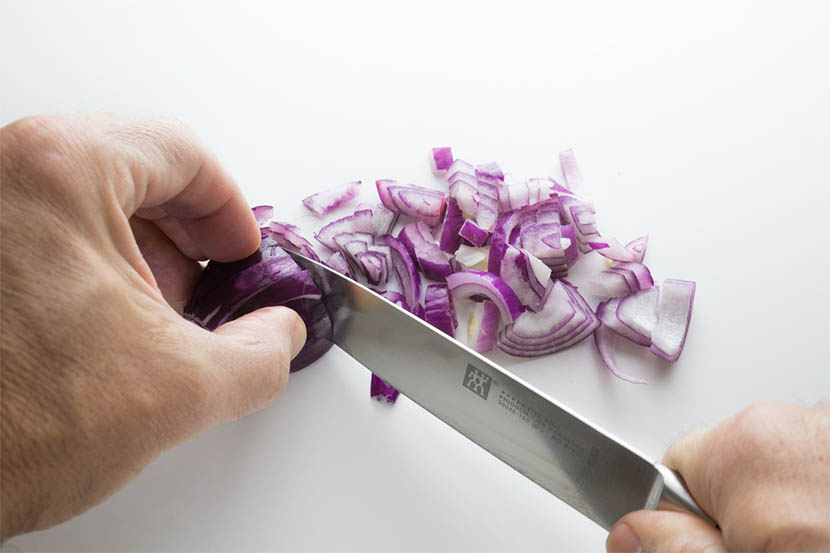 Onions are found in just about every meal, and it is because they come with that beautiful Umami flavor that gives food a wholesome taste. However, can dogs eat onions? No! Onions are highly toxic to dogs, and they can lead to a myriad of adverse effects that may include death, and this is why dogs should never have onions.

There are many types of food that dogs are highly allergic to, and most vets may not be able to explain why. however, a lot of research has gone into the effect of onions on dogs, and the cause for their toxicity is known. Below is an explanation.

Onions – Why They are Toxic to Dogs

The main compound responsible for harming your dog in onions is called N-propyl disulfide. This chemical is found abundantly in the onion, and when ingested, it could prove deadly.

As the name suggests, it is a compound that contains Sulphur along with other elements. Sulphur is largely the reason why onions are really bad for dogs.

Ideally, when red blood cells die, new ones are manly manufactured in the bone marrow, and they replace those whose lifespan is over so that there is an optimal population of red blood cells in the blood stream at any one given time.

In the case of hemolytic anemia, however, the depletion of these cells happens so fast that the bone marrow is unable to recover the numbers. This characteristic is what makes onions incredibly dangerous.

In addition to causing premature red blood cell death, the N-propyl disulfide also tricks the body into thinking that its red blood cells in its blood stream are harmful compounds, causing it to attack and kill them in a biological process called hemolysis. This could lead to quick death if it goes unchecked.

Cooked vs Raw Onions – Is There a Difference?

Unfortunately, cooking onion does not change the chemical form of N-propyl disulfide, leaving it as toxic as it was when it was raw. This is you are discouraged against sharing your own cooked food with your dog, especially if there are multiple types of onions.

In addition, all parts of the onion are poisonous, and this is why you should not have it in the dog’s food at all. Most importantly, onions remain as toxic in whatever form they assume. Whether fresh, dried and pulverized, fried or even juiced. The effect remains the very same on your dog, and therefore dogs should not any onions at all.

What Other Onion-Related Foods Should Your Dog Not Eat?

To make sure that your dog is entirely safe, stay away from all foods that are in the allium family.

They include shallots, chives, scallions also popularly known as green onions and leeks.

Garlic is also a member of this family, and it poses an even bigger threat to dogs since it has a significantly higher concentration of the N-propyl disulfide when compared to other foods on this family.

How Much is Too Much Onion?

Unfortunately (or fortunately), the level of toxicity of onions is largely influenced by your dog’s weight. In general, your dog will experience the side effects of onion if it consumes up to and above 0.5% of its body weight in onion.

The good thing is that, even though it is possible, the chances that a dog will gobble up an onion strewn on the floor are quite low, and so the likelihood that it will suffer this toxicity is quite low. So, what if it does, anyway? How can you tell?

Signs and Symptoms of Onion Toxicity in Your Dog

When your dog consumes a large onion, you are likely to notice a myriad of symptoms, and you may actually have time to go to the vet before it is too late.

This is because most signs and symptoms actually appear after a couple days of ingestion. If you suspect that your dog has consumed a high quantity of onions, this are signs to look out for t be certain.

If onion toxicity goes unchecked, your canine friend may end up developing kidney complications and eventual kidney failure. If the symptoms get really bad, your dog may end up dying.

What to do When Your Dog Eats Onions

After observing the symptoms and actually establishing that, indeed, your dog has eaten an large quantity of onions, you need to rush to the vet. Remember that hemolytic anemia is a fast acting condition, and time is of the essence.

Do not try and give any substance to the dog in an attempt to alleviate some of the symptoms, just try and get to the vet as fast as you can.

The actual diagnosis will be made after a blood smear that reveals Heinz bodies. These, combined with the knowledge of onion ingestion, confirm the presence of onion toxicity. To treat your dog, the vet may use several methods which include;

When any of these methods are used, the vet may want to keep your dog around for observation until they are sure that the toxicity has been removed and that your canine is responding well.

After looking closely at onion toxicity and how easily it can come about, it is imperative that you make certain that your dog does not eat onions. This can prove overly difficult, especially if you live in a home whose inhabitants like to feed the dog the same food they are having.

Try as much as you can to serve your dog its own food, and if you absolutely have to share some of yours, be certain to share only parts that are devoid of onions or any traces of the same for the dog’s optimal health.

Read More on What Dogs Can Eat…